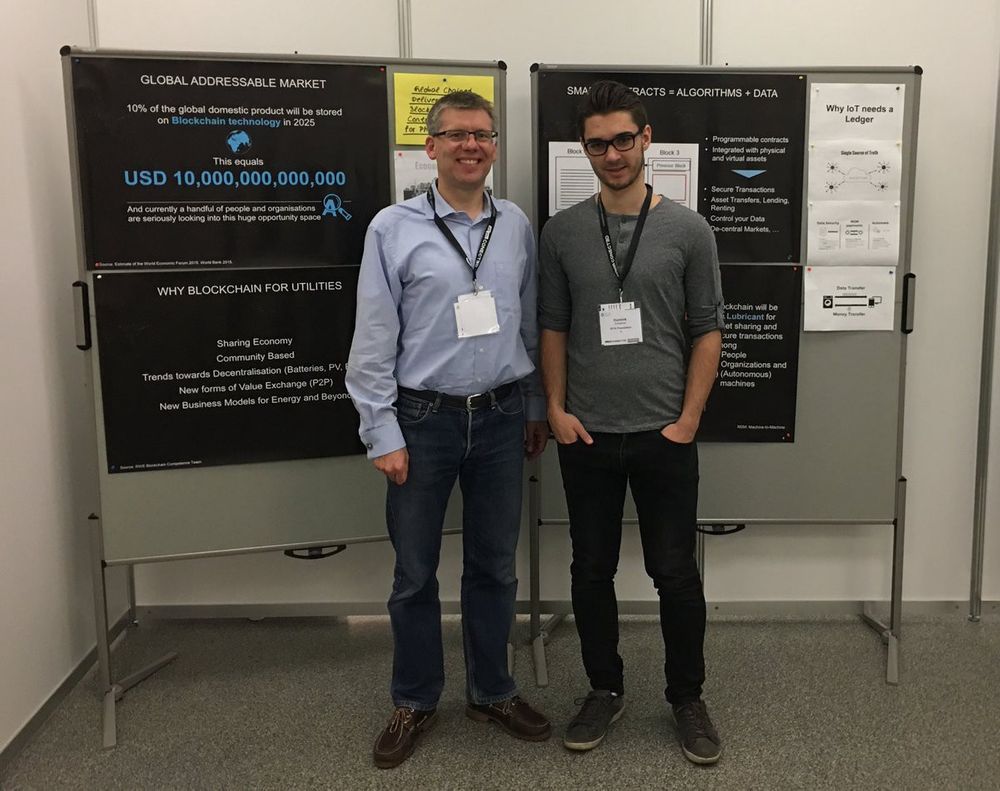 It has now been nearly a year since the official announcement of IOTA. After months of beta testing, the first stage of the live network launch finally happened in July this year. The team, community and the technology has evolved greatly over the last year, all in preparation of establishing IOTA one of the biggest and most important projects in the distributed ledger/blockchain and Internet-of-Things space.

As with every new revolutionary technology, the first stage is all about development mostly behind closed doors, to ensure that the technology works as intended. With over 6 months of public beta testing, more than 2 million transactions and roughly $60m transacted via the IOTA Tangle, we can confidently say that this first stage was completed successfully.

Now it is time to tell the world about who we are, what we’re working on, and make it clear to everyone that IOTA is one of the most revolutionary projects of the century. This has been going on largely behind the scenes since inception, but this summer we have started promoting the platform publicly at conferences and meetups. This blog post is a brief summary of some of the IOTA Foundation’s efforts thus far, as well as a glimpse into what is yet to come.

Obviously one of our major focuses is to help developers understand and utilize IOTA in their projects. It is one of our priorities to make IOTA a developer-friendly environment which makes it easy to plug it into any type of application. The best way to start this process is obviously through Hackathons, where developers get hands on experience utilizing the protocol and can provide real-time feedback.

In July this year we sponsored a hackathon called Hack4Farming in Nairobi, Kenya together with aWhere and the African Agricultural Technology Foundation. The 2-day event was attended by some ~80 developers from Kenya who were eager to solve hard problems in agriculture through Big Data, IoT and IOTA. The winning teams not only received monetary rewards, but will receive further advise to help them turn their Hackathon projects into more fleshed out applications.

We are very excited about Kenya and see a lot of potential in further streamlining our efforts there. Soon we will provide a detailed overview of the Foundation’s effort in Kenya and Africa in general. We are already in the preliminary stages of planning more hackathons together with some of our corporate partners in Europe and Asia.

China is arguably one of the most important markets when it comes to distributed ledger/blockchain technology. With the recent announcement of Wanxiang investing some $30billion into a Smart City initiative (which utilizes distributed ledgers for certain applications), it is apparent that other companies will wake up to this trend and invest money into the ecosystem.

It has therefore been a main focus of ours to kickstart the IOTA initiative in China and get a dedicated team involved in managing country and Asia-wide relations. Foundation members Jimmy Xiong and Linxu Du presented IOTA at one of the most prominent events of the year in Shanghai — the China Blockchain New Finance Summit.

Attended by some of the most prominent companies/projects in the world (including Huawei, Wanxiang, ChinaLedger, R3CEV etc.), the event was a great success for IOTA, displaying our tech and vision in front of an important crowd. A lot of parties were interested in learning more and we are actively following up with these.

Asia is a strategic focus area of IOTA, and we will provide more information soon about some of the work that we’ve been doing there, especially about our efforts in China, Singapore, Thailand and Australia.

The main adopters of IOTA in the near future will be companies. The Internet of Things itself is mainly dominated by Business-to-Business use cases, since businesses are the ones setting up and operating the billions of devices which are projects to be connected to the Internet by 2020. To give this “Industry” a sneak peek into IOTA, Dominik Schiener, together with Carsten Stöcker of RWE hosted a Blockchain / Tangle workshop at the Industry of Things World in Berlin earlier this month.

Even though the workshop itself was mainly focused on general introduction to the benefits of Distributed Ledgers, the entire Industry of Things event was quite interesting. Especially the connection between Industry 4.0 and IOTA started making a lot more sense to me. The entire business world is shifting towards Smart Factories, where IOTA will play a huge role in as a transactional settlement layer for resource trade between machines and factories. I will write a more comprehensive blog post about this in the near future.

Currently, IOTA is still an underdog in this space. Rightfully so, as we don’t like to hype, but are instead pragmatic and focused on creating real value by working on real-world use cases together with industry partners. Generally, we work by the rule of “underpromise, and overdeliver”. Over the next few months we will continue executing our strategy and get the talk about IOTA going. Dominik Schiener will speak at several conferences in November again (including the largest Internet of Things Conference in Europe).

Obviously the “talk” around IOTA should not be limited by core members giving presentations. IOTA has to become a global movement, therefore anyone is encouraged to host a local meetup about IOTA, or to give talks at existing Blockchain meetups about IOTA. The Foundation is more than happy to assist in this, and we can even provide presentation material and more.

Sometimes from the outside it can seem like IOTA is less promoted and discussed than other projects in this ecosystem, which can be confusing given the huge promise. But looking at it objectively, there is not a single project in this space that can be compared to IOTA. We have an entirely different philosophy when it comes to execution, our vision goes far beyond just the crypto-currency space and our technology is superior to anything Blockchain related. The Machine Economy will be bigger than the industrial revolution, and IOTA is at the core of it.

The announcements we will make in the coming weeks will further crystalize this and make it apparent to people what we stand for, and that we are absolutely serious in being the backbone of the Machine Economy.