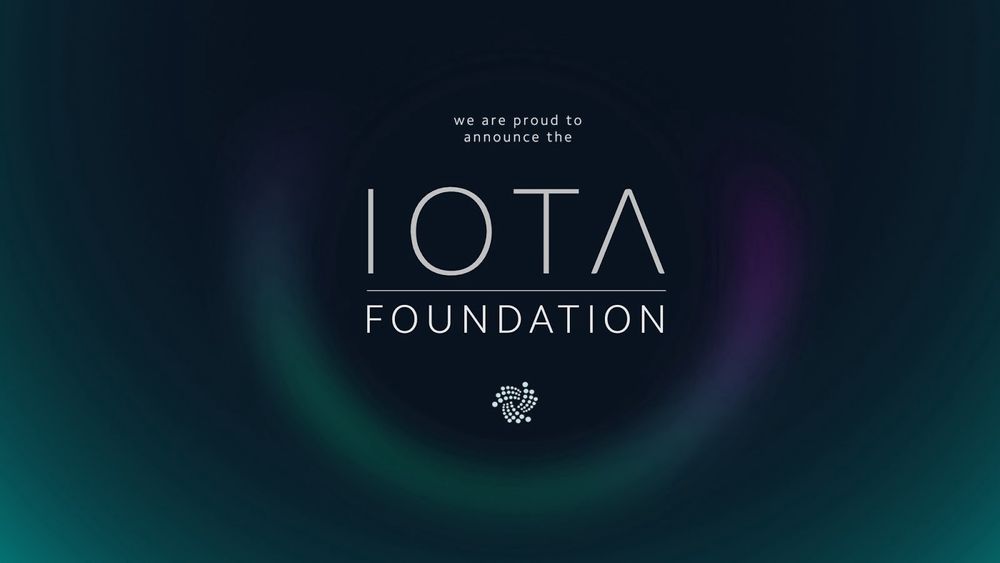 We are thrilled to announce the official launch of the IOTA Foundation as a registered not-for-profit entity (“gemeinnützige Stiftung”) under German law. After more than a year of painstaking preparatory work, the Foundation was officially incorporated in Berlin on November 3rd by signature of the State Secretary for Justice. We are exceptionally proud to become the first fully regulated not-for-profit foundation in Germany to be capitalized with a crypto-currency (IOTA Tokens).

We first and foremost want to acknowledge and thank our visionary and diverse community, who supported the initial effort of IOTA since the early days in 2015 and subsequently donated towards establishing the IOTA Foundation. Without the active grassroots support, IOTA would not exist as it does today. Beyond that, we want to extend our appreciation to the folks at Winheller and EY, who have been our legal representatives over the past 12 months assisting in making this a reality. Finally, we express deep gratitude towards the IOTA co-founders and all of the IOTA Foundation members and advisors that have been integral in shaping it and acting as a catalyst at global scale.

Since the inception of IOTA, we have unabashedly done things differently. Everything we do is based on a comprehensive long-term perspective in mind to achieve mainstream adoption and to become the backbone of the Internet of Things and Web 3.0. Exactly because we want to achieve maturity of the technology and the ecosystem as fast as possible, we have chosen Germany as the jurisdiction of the IOTA Foundation.

It may seem counterintuitive to go through the painful process of becoming a regulated non-profit entity in Germany, especially when considering “easier” alternative options in other jurisdictions. But subjecting ourselves to the onerous oversight of one of the world’s most respected governments, within the heart of the EU, will give IOTA an unparalleled legitimacy to pursue visionary projects together with forward-thinking public and private sector organizations and research partners across the globe.

For the entire IOTA project and the broader ecosystem this represents a major milestone. It will open up opportunities and will elevate the project to an echelon barely explored by crypto up until now. Since the early back of the envelope theory underpinning Tangle in 2014, to the first strings of code in 2015, to be working with several of the largest organizations in the world and now having the IOTA Foundation setup has been a wild ride — and it’s about to get even more exciting.

Now that we have the legal and monetary pillars in place begins the hard work of setting up everything properly. This is something that is an ongoing process together with our experienced advisors. The Foundation will be steared by its board of directors with a supervisory board ensuring everything is done properly and an advisory board that will provide expert input.

The core of the foundation is naturally the developers, researchers, advisors and business developers which will build and drive adoption of the IOTA protocol.

The Alliance will consist of multinational conglomerates, start-ups, research institutions and other non-profit organizations.

All of this will be again make up the different domain specific working groups.

The IOTA protocol is universal in its applicability ranging from Industry 4.0 and Internet of Things to Web 3.0 and the future of Fintech. Each of these domains has its own unique obstacles and opportunities which require specialized expertise and focus. In the IOTA Foundation we aggregate world leading experts in the respective fields and set up dedicated working groups together with companies and research institutions in those sectors.

We have a plethora of working groups in the inception stages. The first out of the gate where we already have expertise and experience, as well as world leading firms teamed up will be, Mobility, eHealth, Fintech, Identity and Supply Chain and R&D on consensus mechanism, R&D on cryptography.Each of the working groups will be elucidated in their own separate blog posts as they are fleshed out.

IOTA’s vision is to create, enable and foster permissionless innovation. The IOTA Foundation, in its role to serve the public’s interest, will be solely dedicated towards the development, research, education and collaboration necessary to elevate the ecosystem to the next level. We want to see IOTA evolve into a global movement that empowers the future generation of visionaries, creators and entrepreneurs to work together towards a better future.

The IOTA Foundation will act as a regulated and independent entity, taking a neutral position when it comes to politics, ideology and alternative technologies.

Free and Open Source Software is close to our heart, and we will continue to dedicate the Foundation’s funds on open software and hardware.

IOTA has always taken pride in the fact that we never splurge with funds and managed to bootstrap this entire ecosystem itself with just a fraction of what many other projects have raised. This meticulously frugal approach to resource allocation will continue to be a central tenant in our philosophy.

With the official approval of the IOTA Foundation, we now finally have access to the more than 5% (~141Ti — currently tens of millions of dollars) that were donated to the IOTA Foundation by the community. This is a major boost which will expedite virtually all efforts within IOTA and beyond. The majority of these funds will go towards building an army of developers and researches. We will invest more heavily into the new IXI Core Architecture, the Oracle Platform for IOTA as well as new Modules that extend the core’s capabilities.

Finally, this marks the commencement of awarding grants from the $10,000,000 Ecosystem Fund to promising projects that will lead to a myriad of brand new use cases and businesses built on top of the IOTA protocol. The first grants will be awarded and announced in the coming weeks.

The registration of the Foundation marks the stepping stone of a new, promising and more focused future for IOTA. The ambitions behind the whole IOTA project are unprecedented in that it disrupts already disrupting technology and therefore has a lot of unique opportunities as well as obstacles.

Over the next few weeks we will write several more blog posts about the governance structure of the Foundation itself, we will announce more high-ranking executives, technologists and politicians who will join the IOTA Foundation and elucidate the first working groups, as well as the first major projects the Foundation is embarking on.

As the IOTA Foundation is now standing on solid legal pillars this milestone represent a vital growth spurt in the IOTA project’s maturity, but in the grand scheme, we are still barely out of the crib with a whole new world to explore together.