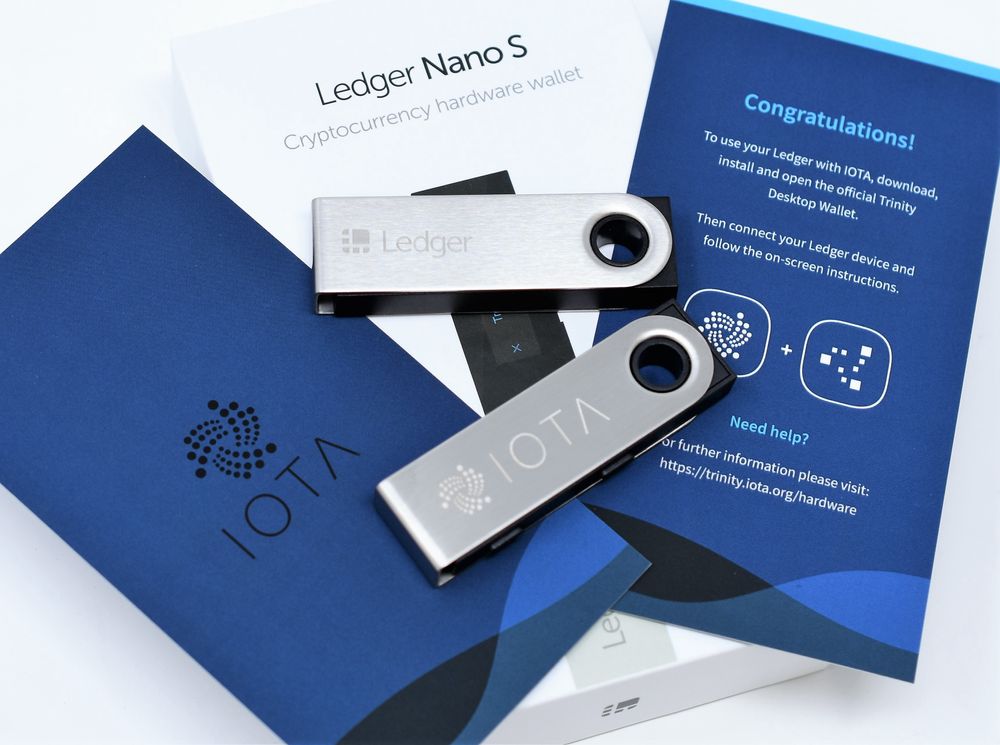 The Ledger Nano S hardware wallet will enable users to protect the private keys giving access to their IOTA tokens in a state-of-the-art secure chip. The Ledger hardware wallets integrate with the IOTA Trinity and Romeo Wallets and isolate user’s seeds (the key for their account) from their computer or smartphone, providing another layer of security from hackers. Users will be able to validate transactions on their Ledger hardware wallet as part of the security protocol.

“Providing the highest level of security and quality is a major focus at both Ledger and IOTA,” said Eric Larchevêque, CEO at Ledger. “The collaboration between the teams created an immediate synergy concentrated on developing a compatibility feature allowing users to access, store and manage IOTA tokens on Ledger devices. We are thrilled to welcome IOTA onto the Ledger platform.”

How is Ledger different?

Ledger wallets are built with a distinctive operating system (OS) called BOLOS, which is integrated into a secure chip. The EAL5+ certified secure chip used in Ledger Hardware Wallets is the same one used for credit cards or passports. It is a tamper-resistant platform capable of securely hosting applications and data, in accordance with the rules and security requirements set by pre-authorized applications and people. Hacking a secure chip takes a formidable effort, while generic microcontrollers can be easily hacked by amateurs.

“Hardware wallets are regarded as the safest way to store cryptocurrencies. At IOTA, we made a commitment to delivering the safest and most usable standalone cryptocurrency wallet. The Trinity wallet is well on its way to fulfilling that commitment, and today we are proud to announce the next step on the journey. Ledger has earned a strong reputation for security and reliability, and this made it a natural choice for integration with Trinity. We are proud of how our community, the IOTA developers and the Ledger team have worked together to make this possible,” said David Sønstebø, co-chair and co-founder of IOTA Foundation.

IOTA is an open-source distributed ledger technology, that moves beyond Blockchain. It has been designed to be scalable with zero cost transaction fees and data integrity to power the future of the Internet of Things.

Founded in 2014, Ledger is a leader in security and infrastructure solutions for cryptocurrencies and blockchain applications. Headquartered in Paris and San Francisco, Ledger has a team of 200 professionals developing a variety of products and services to safeguard cryptocurrency assets for individuals and companies — including the Ledger hardware wallets line already sold in 165 countries. www.ledger.com.

IOTA is a not-for-profit foundation incorporated and registered in Germany. The IOTA Foundation’s mission is to support the development and standardization of new distributed ledger technologies (DLT), including the IOTA Tangle. The IOTA Tangle is an innovative type of DLT specifically designed for the Internet of Things (IoT) environment. It is an open-source protocol facilitating novel Machine-to-Machine (M2M) interactions, including secure data transfer, fee-less real-time micropayments, and the collection and dissemination of sensor-based and other data. www.iota.org

We have also provided a guide for setting your Ledger up with Trinity. If you are unsure what certain things mean, they may well be answered here. https://trinity.iota.org/hardware

Member of the Board of Directors