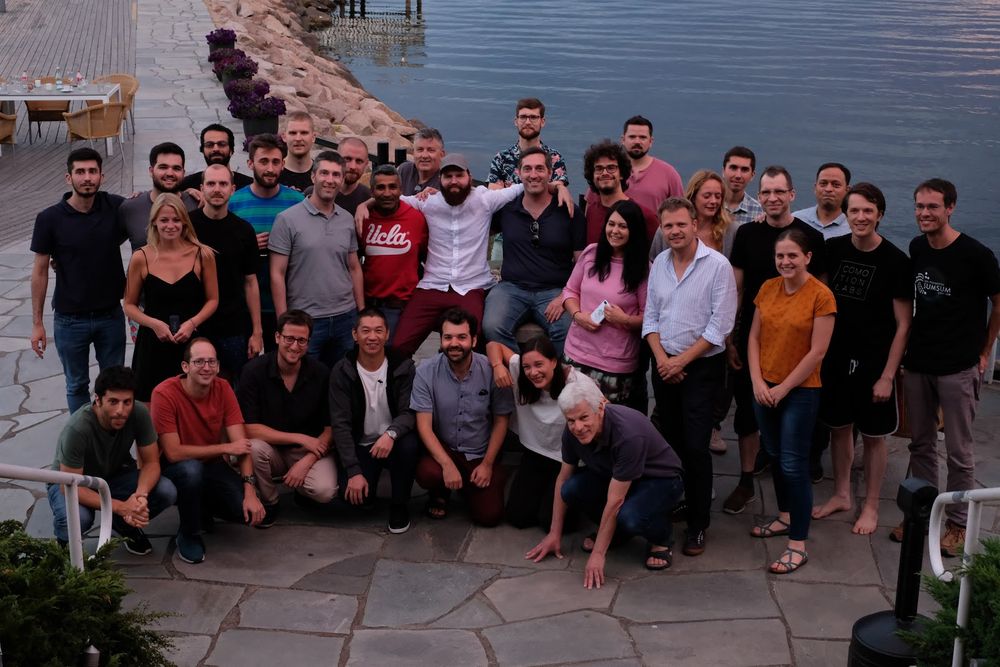 IOTA is well known for both doing things differently and pushing the boundaries from a technological perspective, however, one could also argue that we have established the IOTA Foundation in an equally unprecedented fashion by utilizing the modern tools to their fullest extent. Prior to SumSum 2018 most of the team had not met each other in person, even after working together 24/7/365 for months and years. Being able to establish such an international organization in a truly modern distributed fashion is something we are incredibly proud of and hope can be of inspiration to others, but meeting people face to face is naturally extremely valuable for team morale and maturation of the project going forward. We decided months ago to host a Summer Summit during the summer in Norway, this blog post is a glimpse into what transpired from July 7th to July 14th.

As people were arriving from all over the world at different times on Monday, the first day was primarily set aside for mingling and whatever people felt like, including executing the most efficient snapshot to date, which already proves how well people work together once they meet up in person. Additionally Alon Elmaliah and Edward Greve held an internal quiz on various stats about the Foundation.

As an ambitious project with lofty visions takes off, it is inevitable that there are a lot of questions from the people that join later on. The founders who had the time to contemplate and craft this vision in peace before momentum kicked in can quickly become a bottleneck for the tens of new team members that join the effort. To mitigate this, we set the priority to align with everyone high on the totem pole of priorities for SumSum. Dominik did an AMA during daytime and David another one in the evening to elucidate the past, present and future of IOTA on the first official day of the summit.

At SumSum we invited quite a lot of companies and NGOs to discuss potential collaborations and efforts which the IOTA Foundation can assist. This was a tremendous success and lead to close ties with new entities. One of the very fruitful collaborations that spawned from this event is one with the Peace Innovation Foundation on a major project to secure IDs.

As the happening took place in Norway it was only fitting that we invited several Norwegian organizations and set aside a meeting and lunch with them. We had some 15 different entities present, some we already work with, some entirely new, all of whom are among the largest actors in Norway in their respective domains. The companies all expressed eager support for future collaboration and to follow up with dialog swiftly in August after the common vacation here.

Future updates will provide insight and details on these exciting developments, but suffice it to say, having the entire team at the hotel and conversing over lunches, dinners and spirits with these external parties certainly solidified relations in a very potent fashion. We are thrilled that everyone showed up, and look forward to collaborating.

While the record breaking heat wave taking place in Norway over the past 2 months elicit thoughts of vacationing, the IOTA Foundation was still hard at work amidst the incredible weather.

The IOTA Research Department convened in full force on the weekend before the main event, for an intensive workshop. The main theme was Coordicide, which was further broken down into 10 sub-topics. Each session started with a short introduction to the topic led by one of the researchers, followed by a two-hour in-depth discussion. The topics were diverse, and dealt with different aspects of Coordicide: double spend attacks, syncing new nodes, dynamic PoW, protocol updates and post-Coo governance, economic incentives, economic clustering, transaction validation and confidence, selecting a starting point for the walk, offline sub-tangles, and finally “how to transition out of Coo”, led by Serguei Popov.

It was hugely beneficial to finally meet in person, and make progress in formulating and prioritizing research problems. While there are still open questions, the path to Coordicide is becoming clearer by the day, and we will share our thoughts and results with the community as soon as we have them in writing.

As an exercise to build stronger bridges of understanding and alignment between research, engineering and adoption, there was a one day Hackathon where people would split into groups from each respective department and come up with a concept and start fleshing it out from different angles.

Partially due to the sun being obsessed with Norway at this time of year and partially due to our own obsession with IOTA we were up to 3–6 am virtually every night. These late nights lead to lots of stimulating and creative discussions, not to mention a lot of great memories.

On the last day of SumSum the majority of the team went to explore the fjord and Oslo for fun and bonding.

There was so many great photographers and subsequent pictures. There’ll undoubtedly be more pictures posted on Twitter, Reddit and Discord. Who knew Popov was a real Popovrazzi?

Greeting people with a handshake and having eye contact while conversing about everything from the scenic landscape to the intricacies of the Tangle and virtuallyeverything in betweenhas been an invaluable experience that no amount of typing on a keyboard or quantity of video conferences could ever match. There is a universal consensus among the participants of SumSum that this experience has boosted everyone’s motivation and made it easier to work more efficiently together going forth.

A lot of people will be bewildered by the fact that such a monumental event in IOTA’s history went down entirely under the radar. Being able to plan for months and execute such a major event lasting a week in secrecy (for obvious security reasons locally and Tangle network-wise) is a testament to how committed and aligned the team really is. Everyone is already looking forward to WinSum.

SumSum surpassed optimistic expectations, and now with new vigor we will continue to ensure that the goals of IOTA are achieved.

I can’t even attempt to count how many times I’ve been posed a variation of the question: “What are you most proud of since the inception of IOTA?” in the last few years, this week reiterated my unequivocal answer to this: the team, the culture and unanimously shared attitude of getting shit done in a pragmatic fashion is what I, and my fellow founders and board is the most proud of. No contest. Every single individual at SumSum spread love, joy and stimulating ideas in a completely open, friendly and productive fashion. I have never been more proud and confident in our team than right now. — David

I can’t even attempt to count how many times I’ve been posed a variation of the question: “What are you most proud of since the inception of IOTA?” in the last few years, this week reiterated my unequivocal answer to this: the team, the culture and unanimously shared attitude of getting shit done in a pragmatic fashion is what I, and my fellow founders and board is the most proud of. No contest. Every single individual at SumSum spread love, joy and stimulating ideas in a completely open, friendly and productive fashion. I have never been more proud and confident in our team than right now. — David

To those that wonder: yes, we are planning to host a global meetup/hackathon where the entire team can meet with the broader community as well. We just need to find the right time and place.