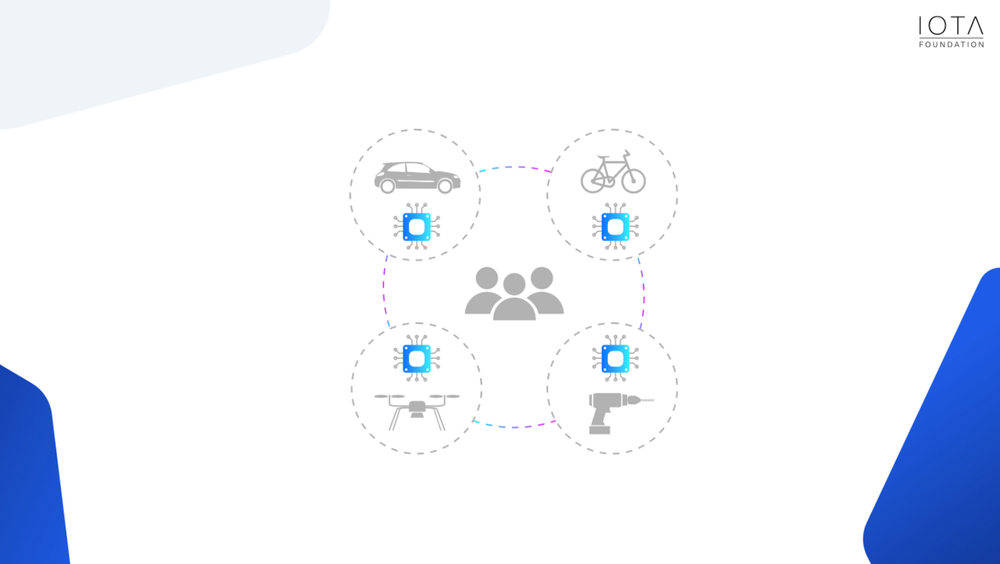 The IOTA Foundation no longer supports or endorses this article. We have however kept it available for transparency purposes.

With the FOMO-FUD cycle taking its toll on IOTA and us being continuously misrepresented in the media, we wanted to come forth with a public statement clearing up the confusion and miscommunication surrounding the data marketplace that has happened over the past few weeks. We apologize for any inconvenience caused by this issue to our associated collaborators and the community at large.

Due to the fact that IOTA is both a regulated non-profit foundation based in Germany, as well as a token economy currently valued (at the time of writing) at over $10 Billion, ensuring that IOTA is accurately presented publicly is of great importance to us, our partners, and our token holders. Not only are our token holders financially damaged by the spread of “fake news,” but misinformation causes our foundation and those associated with it unnecessary, and often times long-lasting damage.

The data marketplace was set up by the IOTA Foundation in collaboration with more than 35 (soon close to 40) companies as an open innovation initiative, aimed at bringing forth concrete thought leadership on how a data marketplace can be built on top of a distributed ledger, the technical and legal challenges faced when rolling out in production, and the applications in certain industries that can be expected to be built once data is democratized and can move freely.

All of the companies on the website have explicitly agreed to publicly participate in the data marketplace as “participants.” After holding the first two successful webinars, we’ve been working together with selected partners to create concrete use case applications which will be published over the duration of the marketplace; currently projected to run until early March. It’s important to note that we do not have a formal partnership with any of these companies. In fact, we never requested any such commitment from any of them for the data marketplace.

The companies “Cisco” and “Samsung Group” which were in mentioned some outlets are not associated with the data marketplace at all. Only “Samsung Artik” (Samsung’s IoT Platform) is publicly participating.

One of the main conversations that’s been surfacing within the media and social media over the last few days has been the question regarding Microsoft’s involvement in the data marketplace. Like with all the rest of the participants in the marketplace, we asked Microsoft to provide us with their approval to place their name on our press release as well as include a quote, which they did. Omkar Naik, one of the Microsoft employees that IOTA has been in contact with throughout this project, provided a quote about why they are excited to “partner” with IOTA and the data marketplace. All this was done via email correspondence which we hold.

Shortly after the public announcement of the data marketplace, journalists started writing about a “partnership” between IOTA and Microsoft. A few used titles such as “IOTA partners with Microsoft, launches Data Marketplace.” Not only was this completely wrong, but it also quite annoyed numerous other well known companies that have been proactively participating in our pilot. This supposed “partnership” was never communicated by anyone at IOTA nor our PR agency to any of the journalists. The press release, blog post and data marketplace website clearly state that Microsoft was only a “participant” in the data marketplace’s innovation exercise.

We confirmed with Microsoft that the misrepresentation happened through the media, and not IOTA’s official channels — which was emphasized by us and Microsoft to journalists that reached out for corrections. While we have been working to correct these miscommunications publicly, certain media outlets had already began writing how IOTA had misled the media in regards to a partnership, which couldn’t be further from the truth. The main reason for these “partnership” allegations can be attributed to the official quote from Microsoft provided by Omkar Naik. Nowhere else in our communication or publications is the word “partner” mentioned in relation to Microsoft or any of the other companies.

The FOMO-FUD cycle has serious effects on the public relations of any crypto-currency project, and it is very difficult to fully understand the extent to which announcements and the miscommunication thereof — whether positive or negative — can have on the project itself. When taking the very volatile crypto-market into account, swift action is required to immediately correct mistakes in the media to prevent further damage from happening.

When it comes to IOTA, our reputation and public perception is of utmost importance to us. The IOTA Foundation serves a concrete purpose: To solve fundamental problems related to distributed ledgers and come up with innovative new solutions that power the distributed systems of the future. The countless hours we put into the project are dedicated towards making the software production ready, while fostering the ecosystem and building up the necessary adoption for IOTA to become a standard.

We hope that we can put this issue behind us and move forward to focus on what’s really important — the marketplace itself. We have so far held 3 Webinars (2 of which were published), and 2 meetups (at the Bosch Connectory in Chicago and at the Microsoft office’s in Paris).

The team has been actively working on the open API to enable the community to participate hopefully before the end of the year. The IOTA Foundation and the companies participating in the marketplace will continue to collaborate and develop some of the first POCs, the first results which will be published next week. We are also truly looking forward to showcasing our smart city simulator that we’ve been working on. This will act as a public stress test tool for the data marketplace and the IOTA network itself.