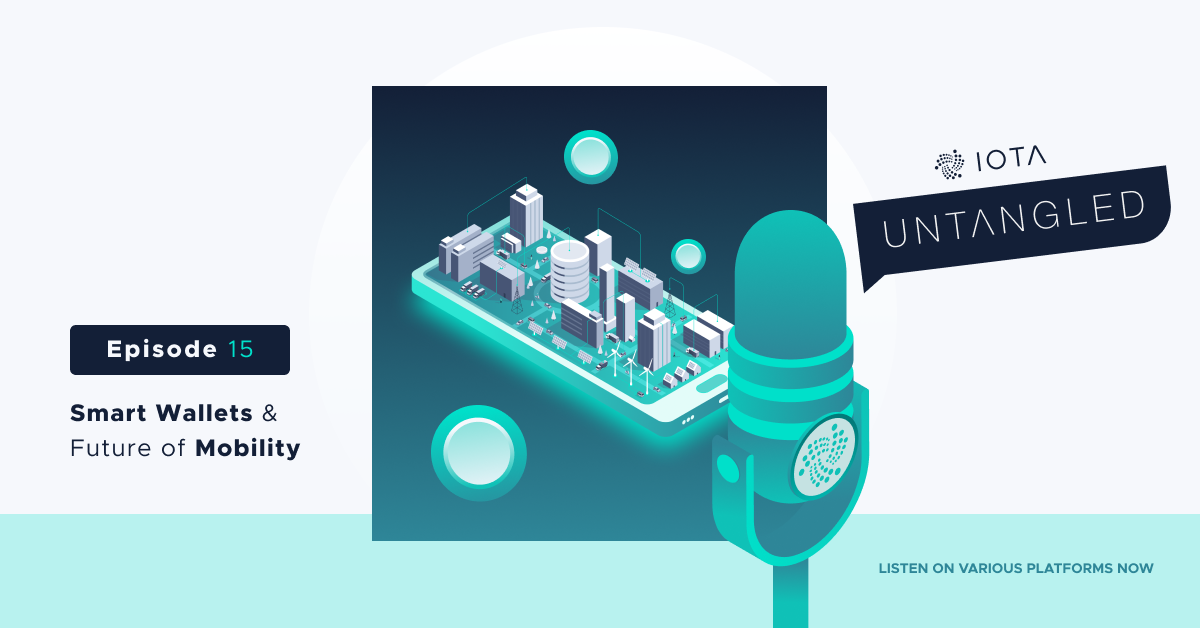 The Untangled podcast returns for a brand new season. The second season will continue to focus on the use cases and ecosystem around IOTA’s technology, the Tangle, as well as more general perspectives around Internet of Things (IoT) and the ongoing digitalization and automation of our societies.

Automotive and mobility are among the sectors predicted to undergo the most drastic changes throughout the next decade due to IoT and digitalization with Mobility-as-a-Service growing, vehicles becoming their own autonomous agents, and ever-increasing amounts of data being collected and shared between vehicles and other parts of the infrastructure.

The first episode of the second season shines a light on some of those changes, specifically the Smart Wallet developed by Jaguar Land Rover.

Russell Vickers and Aaron Hetherington from Jaguar Land Rover’s Software Engineering Centre will explain more about what a Smart Car Wallet is and Anne Smith, Head of Automotive & Mobility in the IOTA Foundation, and Martin Koers, Managing Director of the German Automotive Association (VDA)offer their perspectives on the current and upcoming situation for the whole industry with emerging technologies like distributed ledger technologies (DLTs) on the front seat of innovation.

In the second season of Untangled we will also get around some of the topics and sectors that we did not yet cover in the first season.

So stay tuned for a season full of inspiring projects and use cases based on IOTA’s Tangle and get exclusive insights from experts within a wide range of sectors.

Listen to the first episode of the new season at untangled.transistor.fm

Untangled is available on a wide array of platforms; all listed below: